long ago in paradise on turtle island there was a peace priestess she lived where the winters were mild and the land was most fertile.  she kept peace for the men and women who lived off the land she lived in her long house, those who had conflict from as far away as the great forests of the west the tall cliffs of the east and the great glaciers of the north and the great deserts and canyons of the south would go to her long house and meditate with her and learn to love again, to learn how to forgive again. She gave birth to the next priestess for a 1000 generations or more.

Then came the puppets of the Oligarchs the warmongering Plutocrats men of the lie.

They came to rape turtle island and to commit genocide to those who had a belief system that did not include land ownership and the greatest modern lie: Money.

The greatest genocide that is not recognised by main stream history but is the greatest we know of in recorded history. some 200+ million souls would be lost.

The generations of peace were broken when she was fooled and her lovers were drugged with alcohol. The French and English incited conflict between her lovers by enraging them in battle while abusing their senses with their European elixirs.

This truth is forgotten by time, this truth should not be forgotten.

This is how the oligarchs and their puppets work, they destroy truth and instil belief systems.

Don’t let the superficial belief systems of this physical world dominated by the Puppets of the Plutocrats distract you from your heart and soul, don’t let suffering overcome you. 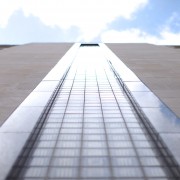 #Canada: the richest nation in the entire world
0 replies

Want to join the discussion?
Feel free to contribute!

This site uses Akismet to reduce spam. Learn how your comment data is processed.

#Canada: the richest nation in the entire world