i speak to you
You are here: Home / i speak to you / CDNPoLi / #Canada: the richest nation in the entire world

Canada is the richest nation on the planet. The most resources per capita of any single sovereign nation that ever existed.

-Grow any kind of fruit or food you could imagine in greenhouses in this country,
-Have free Energy or fuel for any need, be it heating or transportation,
-Feed and house in a very fine standard of comfort every single citizen while GIVING AWAY FOR FREE excess to lesser nations.
-End in a blink of an eye homelessness and joblessness.

Yet we do not, and we let the #Banksters enslave us all and steal our resources and sell them and process them for their own profit and gain.

Why do we do this? How could we let this happen?

It was not always to be this way, but let me tell you a little bit about how we let it happen, how we started the long slide from stability and hope to instability, tyranny and hopelessness for many.

In the early 70s the first of a long serious of #Puppets of the #Banksters, a Mr. Pierre Eliot Trudeau did the unthinkable, he did the unimaginable he acquiesced to the pressure of the g20 or g8 or g7 or who ever the hell they were back then and their international #Bankster Puppet Masters and took away from Canadians their very well functioning Bank of Canada, he changed the rules in an effort to pretend to Canadians, in an effort to commence a lie that is perpetuates to today that Canadians have a much stronger Bank industry and a much more regulated bank industry than other Western Nations. Mr. Trudeau destroyed the effective role that the Bank of Canada had in Controlling the creation of currency, over the rest of Mr. Trudeau’s time in office he took Canadian resources from small enterprise, from communities, from our First Nations peoples and “nationalised” them, to prepare them for Global National Corporate monopolies. It would not be until Mr. Mulroney’s time in office ( a much less subversive Puppet of the #Banksters ) that this Global National Corporate sell off would occur with our natural national resources. The “Free Trade Act” with the USA was a pipeline of theft from Canadians to Global National Corporations, through US corporations our resources and future ability to produce resources essentially our sovereignty. Of course many of the nails in the coffin that Trudeau so graciously left behind would be set into the coffin by his successors with “Free Trade”. Eventually in 1991 things got much worse and the powers that foreign interests would have over our natural national resources and the powers that #Banksters would have over them would become in practical terms insurmountable. They would be further guaranteed, dominance and perversion of the FIAT based currency and financial system and the rape of our natural nation resources for their own private gain and profit as more and more individual Canadians lost work, gained more debt and ever more despair as well as disparity. The rich #Puppets got richer the poor got much poorer, a phenomenon that has effected all Western Nations in the past 40 years as the #Banksters as #Puppets for the Oligarchic Plutocracy and their Corporate partners stole the future from Canadians one fraudulent, and Corporate lobbyists Policy Dictum at a time.

It did not have to be this way, and it will not be this way, for very much longer. #OccupyWallStreet, #IdleNoMore and #MonetaryReform activists are uniting and will bring back into proper service the Bank of Canada for Canadians again.

For now, these are the darker days, before the LIGHT and heightened awareness of these truths come to all Canadians. These are the days of Federal Election fraud in ways that we have never seen or could have dreamed of, these are the days of #Puppets so perverse so unethical that they will say any lie, they will commit any sin to keep their positions as Elected officials to continue to bend over for the immoral Global National Corporations and #Banksters.

The LIGHT is coming to us, our awareness is being raised as our conscious is being awakened by each other, as our truly hardy Canadian resilience is close to being bent too far, too long, for far too much wrong doing and ill conceived short term thinking and greed.

Canada is thee absolute richest Nation on the entire planet, it is high time we started being able to live that way, each and every single one of us Canadians.

We are due, we are indeed entitled to the sovereignty of our dreams and the sovereignty of our Vast Rich Nation without the greed and perverted theft by #Banksters their #Puppets and the war mongers of the world. We are owed recompensation by the Global National Corporations that have enslaved Canadians as debtors buying goods manufactured by slave labour in the developing world.

We as Canadians are good people, we as Canadians know what it is to be a neighbour to help each other survive, we would not have survived as a peoples in the pioneering days if we did not help new comers survive their first winters, in the long tradition that our First Nations Peoples set forth with precedence, as they welcomed Europeans to their land, this Turtle Island of theirs.

As we set forth to a New Year, the year 2013 let us all commit to each other, to our families to our children to our ancestors one singular shared resolution:

Let us all resolve to put an end to tyranny and subversion of our great nation, our great peoples and our First Nations Peoples, let us banish the #Banksters and their political #Puppets and their Monetary War Fare, LET US ALL TAKE BACK OUR CANADA~! FOR ONCE AND FOR ALL OF EACH AND EVERY SINGLE ONE OF US ! 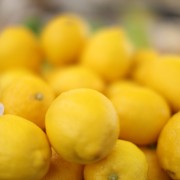 Want to join the discussion?
Feel free to contribute!

This site uses Akismet to reduce spam. Learn how your comment data is processed.

Puppets in Paradise
Scroll to top